During the 18th century, purpose-built galleries to house village choirs were installed in parish churches. Facing the altar,  they were situated at the west end of the church generally under the belfry. The job of the vestry clerk was to call out which psalm was to be sung at various times during Sunday worship. The congregation turned the better to hear the choir; hence the expression ‘facing the music’.  Parish musicians tended take themselves very seriously and could also get above themselves. In his diary, the Parson at Castle Cary records how the choir took over a service and wouldn’t stop singing. Much of Thomas Hardy’s Under the Greenwood Tree concerns the antics of a similarly inclined West Gallery choir. 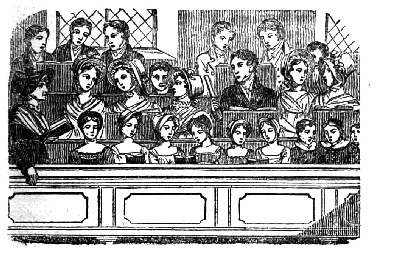 Thorncombe too had its West Gallery choir apparently accompanied by one instrument, a ‘bass vile' [a violin cello]. Whether or not the choir ‘knew its place’ is not recorded but it was paid for its services so was clearly valued. The church warden’s accounts record that the choir was paid 8s on 5 November 1784 and again on 23 December and Mr Hockey who was employed by the Vestry to teach at the charity school opposite the church, bought a copy of West Gallery composer  Samuel Wakely of Bridport’s Five Anthems in 1833. In 1786 a new violincello and a book of instructions was sent from London. Robert Hawker who was paid for ‘righting the seats in the Gallery’ in 1792, may have played the violincello as he was reimbursed for five bass strings in 1805.2

While Pulman in his Book of the Axe mourns the demolition of the old church it was clearly damp, cold and difficult to maintain 4. The 1860 surveyor’s report was damning and his recommendation to replace old with new was accepted. In it he writes scathingly that, ‘At the west end of the Nave is an immense gallery projecting 18 foot into the church, cutting off the tower and western window. There is another hideous gallery which entirely covers the north aisle  and only 6 feet 6 inches above the floor’.5  This was for the workhouse and Sunday school children who may have sung the treble part, as was customary in some churches. By 1840 church organs and congregational singing had replaced village choirs and bands.

For a more a detailed account and detailed supporting references see:

4. G. Pulman, The Book of the Axe: Containing a Piscatorial Description of that Stream and Historical Sketches of all the Parishes and Remarkable Places Upon Its Banks, (London,1875), pp. 445-448, , at http://www. google.com/books  accessed in 10 November 2018.