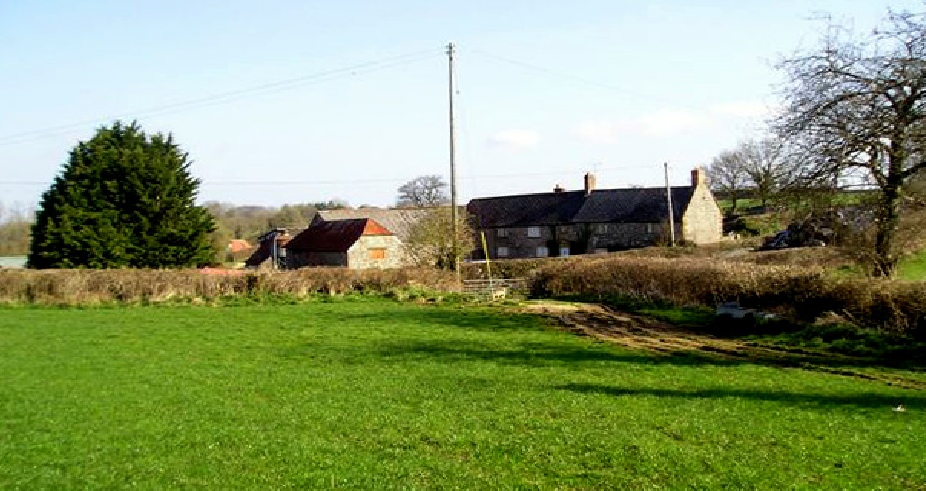 In 1734 Thorncombe’s first parish workhouse opened its doors.  It was funded from poor rates raised by the parish Poor Law Overseers, from local landowners and householders. Records of numbers of workhouse residents are patchy. Numbers vary from 32 in 1740 to 63 in 1773/4 and 60 in 1777. The overseers’ accounts covering the period 1722 –1809 survive almost intact.  Detailed account books for the workhouse also survive covering a significant part of the period 1722-1809. Both sets of account books are held at Dorset History Centre.

The workhouse accounts give some idea of living conditions, which were apparently at odds with the picture painted by Charles Dickens  just over a hundred years later in his novel Oliver Twist. Dickens wrote his book to whip up pubic opposition to the Poor Law Reform Act of 1834. The act removed responsibility from the parishes for administering poor relief and established the dreaded union workhouses. Thorncombe parish became part of the Axminster Poor Law Union in 1836. Part charity school and part house of industry, where able-bodied residents were  taught marketable skills such as weaving, Thorncombe workhouse’s first master John Cook and mistress Sobell [sic] Horder were appointed in March 1734(5). Among their duties was the keeping of detailed accounts from which the following picture emerges.

Once a week the Overseers of the Poor sanctioned hiring a horse which could be used by the master or mistress of the workhouse to go shopping to Chard market for perishables. To judge from a typical bill of fare at a workhouse in the eighteenth century the food at breakfast and dinner would have been mostly bread, cheese and broth. Dinner would have consisted of either a porridge-like dish, and perhaps twice or three times a week, some form of meat. Purchases recorded in the accounts include meat (mainly beef and veal, but also some lamb, pork and bacon), vegetables (parsnips, green peas, carrots, beans, green kale, potatoes  and cabbage plants for the workhouse garden), dairy products (milk, butter, eggs, cheese) and grains (wheat for bread making, oatmeal and grits). There are few references to the purchase of fruit, but there was an orchard as part of the workhouse estate, which would have probably supplied a variety of fruits in season. Figs were purchased to put in the workhouse Christmas pudding and curiously for the children to suck.

Apart from milk and water, the main drink consumed was almost certainly beer, which formed part of the staple diet for the working classes, including children. It had an attractive flavour and was often an alternative to water in areas where the water supply was of low quality. Beer took various forms, including most importantly ale and so called ‘small beer’, which was used as an accompaniment for meals for children as well as for adults. In some workhouses a fixed ration of beer was given per day and at others it was given without limitation. In the absence of recorded diets, it is not clear what the system was at Thorncombe, but beer was certainly available and was brewed in the workhouse.

A general prohibition of the consumption of alcohol was commonly applied in 18th century workhouses (with the obvious exceptions of beer and cider). Spirits in particular were strictly banned in view of the increasing problems represented by gin consumption in society at large. However, spirits (usually brandy or rum) were permitted in the Thorncombe workhouse when prescribed by a doctor for medical purposes. The frequent use of medicinal alcohol (brandy, rum, port or beer) reflected a general medical belief that alcohol was an effective stimulant, but since it was also treated as a dietary extra, it could also be financed out of workhouse running costs. As an example of spirits for medical or perhaps more general stimulative purposes, a noggin of brandy costing 4d was prescribed for Tom Woodcock in his ‘time of travail’ in 1782.

As with spirits, the use of  tobacco by workhouse residents in England and Wales was frequently banned or severely restricted. This was apparently not the case in Thorncombe where it was acquired by the management of the workhouse from the first year of its operation. In the early years the ration was established at 1½ pounds weight per week. Thereafter tobacco was bought regularly throughout the century. But it is not clear whether it was sniffed (as snuff) or chewed rather than smoked. If smoking had been allowed, restriction would in any case have applied on the places where it was tolerated. It would under no circumstances have been allowed in bed 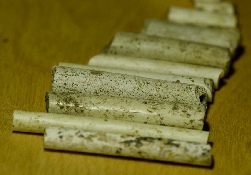 s, where it represented an enormous fire hazard.

Clay pipe stems of the period, found in Thorncombe

Opening the workhouse also widened the range of services needed from local trades-people from time to time. There are many examples in the workhouse accounts of this, including blacksmiths to repair the ironwork on the workhouse well and its cover; coopers to repair the hoops on the well bucket, the water-tubs and wash-tub; chimney sweeps, washers, midwives, doctors, knife-sharpeners, shoemakers; and someone to do odd-jobs like repairing the workhouse bell, the mouse-traps and the strong-box, and ‘emptying the poor people’s necessary house’.

Several services were ordered regularly rather than ad hoc. For example a barber came to shave the old men every fortnight (in the early 19th century payment of £1 1s 0d was made for this service every six months); milk was ordered every week, the chimney was swept every six months or so; and washers came in once a week for one and a half days to wash clothes and bedding.

There are frequent references to the confection and mending of sheets. From 1792 there are a number of records of the filling and refilling of beds and bolsters with ‘dust’. It is not clear what is meant by ‘dust’ and no filling was previous specified in the accounts. Nor is it clear what material the bed frames were made of or how many people slept in a bed.

For further information and contact details go to: www.beaminstermuseum.org