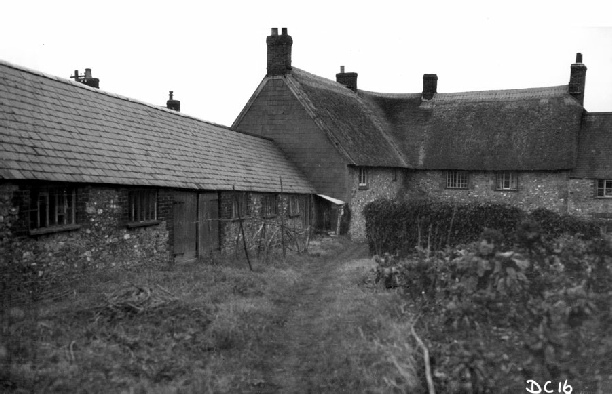 Memories of Thorncombe’s  last bakery and  the forge next door.

Founded in 1141 by the Cistercians, Thorncombe parish grew and prospered under their care until the Abbey’s dissolution by Henry VIII in 1563. It was transformed from a ruin to Italian palazzo during the English civil war, and is now owned by the Roper family. Its gardens and house are open to the public throughout the year.

Dating back to the 17th century, Gough’s Barton, one of Thorncombe’s oldest houses was sensitively restored during the 1970s.

Who owned and in some cases lived at Holditch Manor between the 11th century and 1714.

Behind the facade of a grand Georgian residence.

For nearly 400 years, the Sadborow estate was owned by the Bragge family. Designed by John Johnson, the Hall was rebuilt in 1773. A former servant recalls glamorous dinners and dancing in the new year before death duties resulted in the estate being broken up

The story of Pinney’s Close in the centre of Thorncombe, dating back to the 17th century