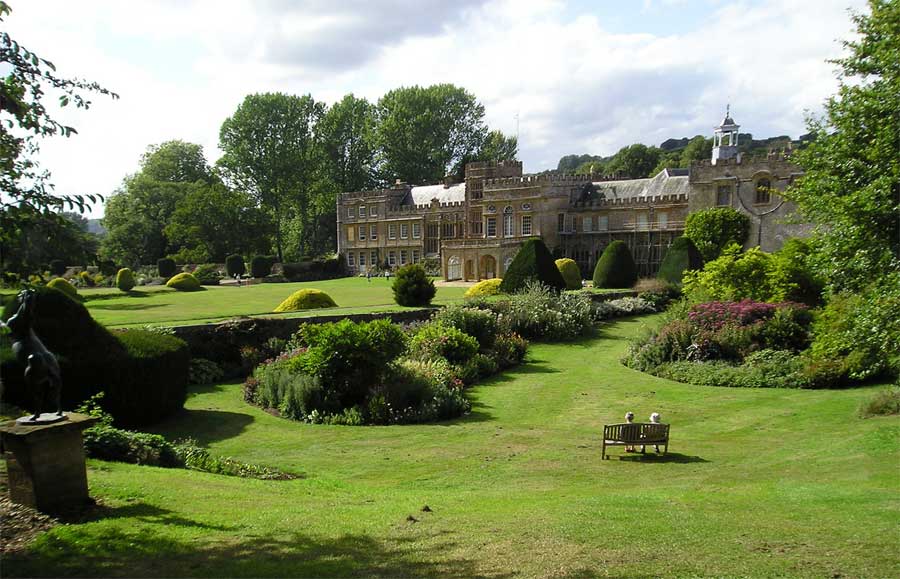 Founded in 1141 on the banks of the River Axe, the Cistercian monastery at Forde Abbey was one of the richest, most learned and influential medieval monasteries in the south west. (Brief History of Thorncombe) Baldwin, a monk of lowly birth rose to be Archbishop of Canterbury and crowned Richard Coeur de Lion. He died in the crusades. In 1313, Edward II granted the Abbot of Forde the right to hold a six day fair at Thorncombe beginning on Easter Tuesday and the right to hold a weekly market.

The Abbey continued to prosper until Henry VIII’s dissolution of the monasteries in 1539. The Abbot, Thomas Chard, ‘a man of great learning, wisdom, energy and imagination’ who had spent many years developing the Abbey, handed it over peacefully. He removed to Thorncombe vicarage where he held the living, thus ending the religious tradition at Forde Abbey. Cloisters constructed by Thomas Chard, the chapel which was once the monastic chapter house and the undercroft below the monks’ dormitory, now restored to reveal more of its 13th century structure, can still be seen today.

During the next hundred years the Abbey passed through various families. In 1649 Edmund Prideaux, Oliver Cromwell’s Attorney General bought it from Sir Henry Rosewell and transformed the monastery buildings into an Italian style palazzo. He was succeeded by his son Edmund, who supported and gave shelter to the Duke of Monmouth and as a result was sent to the Tower of London.

According to Peter Earle in his book on the Monmouth Rebellion, Mallachi Mallack, a wealthy clothier of Axminster was condemned to death at Dorchester and later pardoned for giving evidence against Prideaux. The prisoner was ‘given’ to the infamous Judge Jefferies who in order to obtain some reward for his ‘loyal service’ sold Prideaux a pardon. A sum of £14,500 was settled upon and this is proof, says Earle, that Jefferies made money by selling pardons.

Another well-known name also said to have given evidence against Prideaux was Azariah Pinney of nearby Bettiscombe Manor who was sent to the West Indies for his part in the Monmouth Rebellion. Pinney’s sister was said to have paid £65 so that her brother would live as a free man in the West Indies. Here he laid the foundation for his family’s fortune. Thirty three people from Thorncombe were accused of involvement in the Rebellion.

Forde Abbey contains many beautiful treasures collected by the Roper family,  which delight the eye of the visitor. In addition there are wonderfully alive Mortlake tapestries which Queen Anne presented to Francis Gwyn, a previous occupier of the Abbey and who was her Secretary of War. (Thorncombe’s Jacobites) The beautifully proportioned salon which is said to have been built to house the tapestries with its marvellously carved ceiling, makes a worthy setting for these magnificent works of art. The Roper family has also added to the rich heritage with their contributions of tapestry and embroidery.

Travellers making their way over the hills to Forde Abbey in times past must have welcomed the view of the old Abbey nestling in the valley by the River Axe. Equally today, the sight of the present Abbey is a welcome sight with its well laid out lawns, water features, the handsome trees, along the Axe, and its neatly laid out vegetable garden. So the sense of timelessness continues. The landscape of the Abbey, partly natural, partly created in the 18th century by the Gwyns with the addition of the magnificent conifers in the 19th century by Herbert Evans is a legacy used by the Ropers to make the gardens worthy of the house they surround. 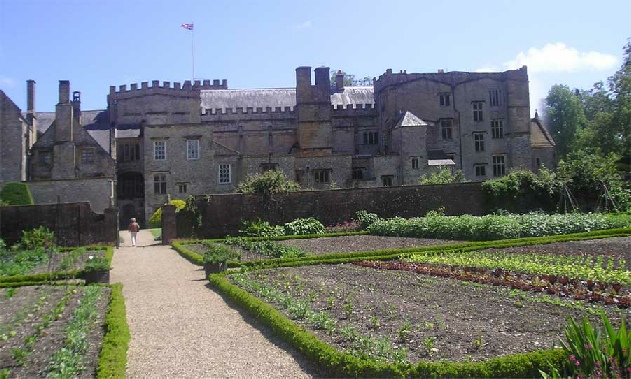