Part of Forde Abbey’s holdings until its dissolution in 1539, the Manor of Thorncombe was purchased in 1577 together with the patronage of the parish church from the Earl of Oxford by John Freake and Matthew Bragge. The Bragge family’s connection with Sadborow continued until 1923 when the estate was broken up and sold to pay death duties following the death of Captain John Bragge in 1922,  the last in the family line.  Sadborow,  also referred to in historical records as Sadbury, Sadboro or Sadborrow, lies a mile to the south west of the village. Its estates still form a large part of Thorncombe parish.  Sadborow Hall, a gracious Georgian mansion is surrounded by beautiful gardens, farmlands and farmhouses, once rented to individual farmers. The Hall was rebuilt between 1773 and 1775 for William Bragg and was designed by John Johnson.

The present occupier is George Eyre, whose grandfather bought Sadborow in the 1923 sale. He farms on a large-scale incorporating a number of farms once held by tenants. Modern farm buildings and a silage unit have replaced the once walled fruit and vegetable garden. The grounds of Sadborow Hall are skirted by a narrow winding lane, shaded by steep hedge banks, in themselves a treasure trove of wild flowers and herbage. The lane leads down a steep hill to the upper reaches of the River Blackwater, the boundary between Devon and Dorset.

Here lies Sadborow Mill. A reference in the Doomsday Book regarding Thorncombe Manor says, ‘There is a mill which renders thirty pence and 12 acres of meadow and one acre of pasture and 15 acres of wood. It is worth 25 shillings.’  An entry in the 18th century parish accounts of Thorncombe records that in 1795, the Parish Overseers paid £2 7s 0d for hauling 141 bushels of wheat from Rownim Common, near Crewkerne to Sadborow Mill and paid Miller Bartlett £10 9s 0d for grinding. The mill and water wheel, restored to working order in recent times by Commander J, Eyre, have become a working exhibit. Interested parties can enjoy history at work, returning home with their bags of stone ground flour, refreshed by cider made on the estate. The mill house foundations can be still be seen in old photographs and the mill was in commercial use in the lifetime of the writer. One of our older W.I members being married to the miller and beginning her married life there in 1929.  Today Commander J. Eyre and his wife live in the modern ’mansion’ built on the site of the miller’s house and surrounded by lovely gardens, which are occasionally open to the public.

L.M Warren who used to work at Sadborow recalls: ‘… coming with my family to live on the estate at Schoolhouse Farm in September 1912. I remember there was at Sadborow a full staff including housekeeper, cook, [a] kitchen and scullery maid, butler and two or three housemaids. Captain and Mrs Bragge and their visitors sat in church in the seat now used by the senior choir ladies, the staff sitting behind as well as the girls from the Vicarage wearing blue cloaks and bonnets. Captain Bragge’s wife and visitors sat on the seat used by the choir men.

‘I remember standing on the top of the lovely stone stair-case at Sadborow and seeing Captain and Mrs Bragge and their guests coming into dinner, each lady on the arm of a gentleman. I used to think how beautiful the ladies looked in their lovely dresses. The dinner table would be beautifully laid with silver and hand worked mats and the table polished. One could see their face in it. The highlight of the year was our invitation to old year’s night to the staff party, when after a marvellous dinner we danced into the small hours of the morning.’

On the death of Captain John Bragge a memorial booklet was printed. This was  postcard-sized and contained 6 pages of photographs of  the funeral and a eulogy. The photos are reproduced below, with thanks to Ron Frampton: 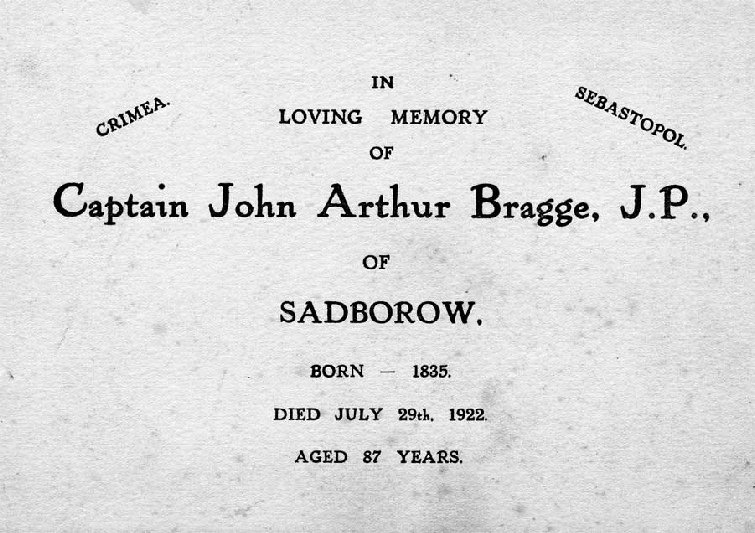 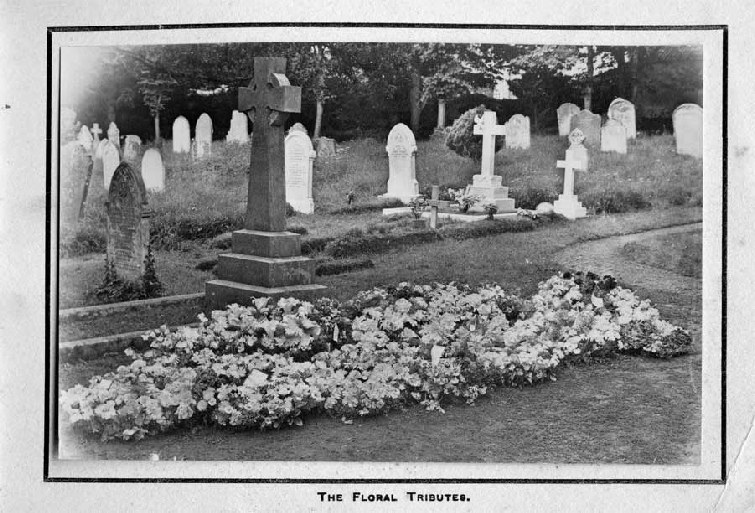 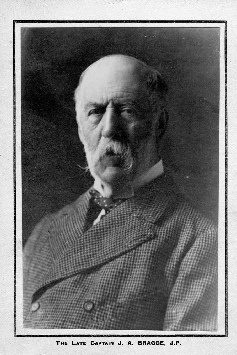 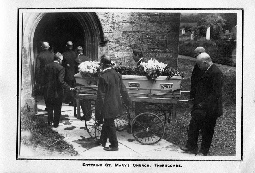 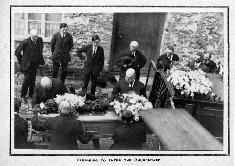 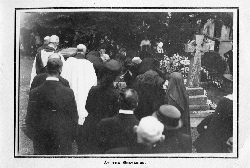 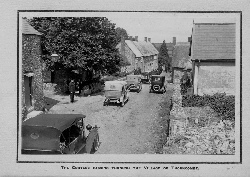 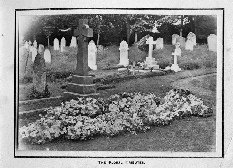