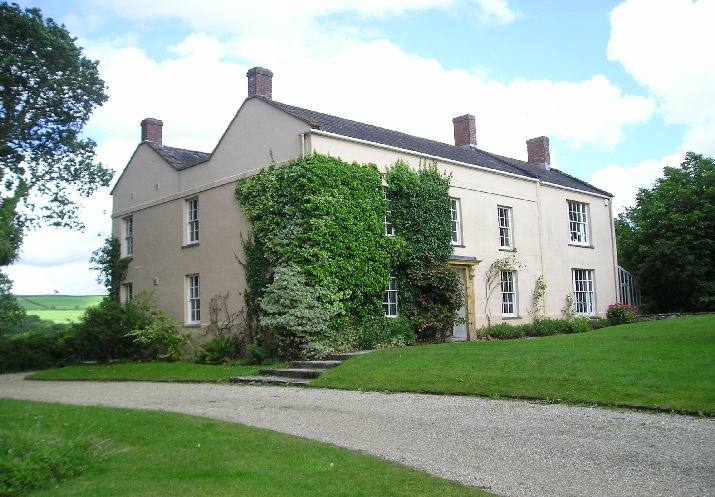 Two precious relics of Thorncombe’s  industrial past still just about survive, both within easy walking distance of Thorncombe village. Hidden among the trees in the Synderford valley are two woollen factories,  Chaffeigh  Mill and Shedrick Mill, both of which are around 175  years old, if not more.  But  if you want to see them, you need to be quick as they are starting to disappear at an alarming rate.

Wills and other evidence dating back to 1593  tell us that Thorncombe supported a thriving colony of weavers and associated trades until well into the 19th century 1. Thorncombe parish priest  Samuel Hood writing in 1767 referred to, ‘narrow cloth made in abundance … partly disposed of in our own great fair and partly sent to foreign markets by merchants’2.  Thorncombe had an annual fair on Easter Tuesday. Narrow cloth  was a coarse low napped woollen fabric, 36” wide used for outer garments, coats, uniforms, skirts. Unsubstantiated local hearsay has it that there was a mill at Chaffeigh as early as 1750, weaving cloth for the parish  poor house. Given  Chaffeigh Mill, unlike Shedrick Mill is not marked on either the 1806 or 1809 OS maps, it is possible  a mill at Chaffeigh Farm predates the factory in the Synderford valley  3, 4. Chaffeigh Farm  was destroyed by fire in 1962.  The 1889  OS map records that Chaffeigh Mill had fallen into disuse and that the premises at  Shedrick Mill were  being used to manufacture bricks.

The earliest documented evidence discovered so far for Chaffeigh  mill is an 1837 prosecution of Bernard Chaffey relating to  offences  under the 1833 Factory Act connected with the employment of children under 13. In the same publication, a return dated 1839 records three woollen mills in the parish of Thorncombe employing 50 people 5. One belonged  to George Warry Berry at New House, Holditch.  The parish’s  1839 Tithe Map lists two others,  Chaffeigh and  Shedrick manufactories, both  owned by Bernard Chaffey 6 .

According to the  1839 tithe apportionment  Bernard Chaffey  lived at  Maudlin. He apparently was an affluent  pillar of the community.  In 1836 as one of 21  Thorncombe’s principal inhabitants and  ratepayers  he signed  a petition  in favour of sending Thorncombe’s paupers to the Chard Union Workhouse instead of the one in Axminster 7. Nine years later in 1845, along with Colonel Bragge of Sadborow, he is listed as a founder committee member and shareholder for the Exeter Yeovil and Dorchester Railway 8. 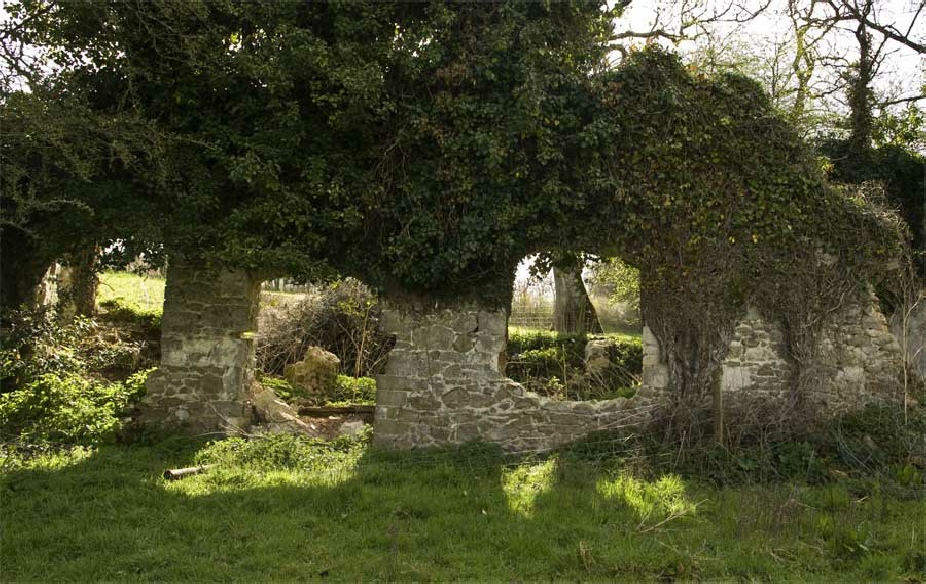 But there is a question mark over whether  Bernard Chaffey was a good employer.  In 1847  he was again fined by local magistrates. This time for  a total of £7 0s 0d plus £2 19s 0d costs (worth £666 today) again for offences relating to the employment of children, under the 1839 Factory Act 9. As well as not registering them, having them medically examined or sending them to school, his other offences were making children work  for more than seven  hours a day and between the hours of noon and 1pm 10.

The Tithe Map shows that both mills were powered by a complicated system of  leats to accumulate the water needed to drive the mill wheels. Fragments  can still be found in the undergrowth around the mills and along the road, also on the 1806 OS map, now a bridleway, which links them.  Inevitably, due to the vagaries of the weather, there were frequent  non-productive periods of inactivity.  Workers including children were  therefore expected to ‘make up time’  sometimes in the middle of the night if the wheels could be turned and there were urgent orders to fill 11.

Part of the 1838 Tithe Map showing Chaffeigh and  Shedrick  Mills  and the leats in between  (DHC ref: T/THO)

In 1880 a Frome resident recalled how ‘The work people were sometimes called at midnight on Sunday to use the water that had collected and they would work till 10.a.m. Monday when the water was getting low. They would start again about 5 p.m. and go on as long as there was any water. If they lived a distance they often slept in their clothes … all the girls doing such work never took their clothes off for a week’ 12.

Whether or not making minors work longer than the law permitted was an isolated incident and is evidence of  child exploitation  is not currently  known. Given George Warry Berry  was also prosecuted at the same court hearing  as Bernard Chaffey, for other offences under the Factories Act, it can be implied that the inspectors swooped without warning and found  children working without a lunch break  at  Chaffeigh Mill when they should have been at school. So it is likely that  this was not an isolated misdemeanour. 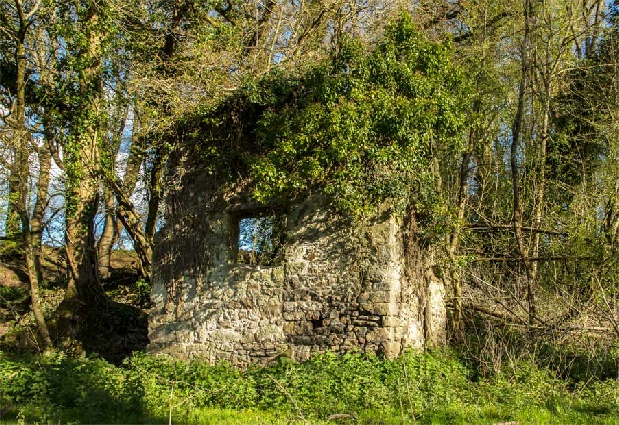 While the Factory Acts are recognised as being important in improving working conditions on humanitarian grounds,  it was recognised that productivity also improved. Just like today, many  tax payers were exercised by the cost of poor relief. The big question was how to motivate the feckless while recognising  society’s responsibility to the deserving poor  who were not at fault. The 1834 Poor Law Reform Act which  replaced parish with tougher  union workhouses attempted to address this issue and also the  low wage economy which was supplemented by poor relief and often helped bump up profits.   Bernard Chaffey’s mill workers were piece workers. They didn’t get paid if they didn’t work, which meant they didn’t eat and could lose the roof over their heads for non payment of rent.

Where previously ‘dole’ i.e outdoor relief, was paid to keep the unemployed in their own homes, Parish Overseers were now legally obliged to send  able-bodied workers to the union workhouse i.e  to provide indoor relief, as an incentive to force them to seek work.  Lack of local employment  opportunities was  no longer acceptable grounds for providing outdoor relief as it was believed this encouraged laziness.

Parish ratepayers footed the bill for those in receipt of indoor poor relief. Until 1834 payment of outdoor relief enabled employers who were also tax payers to have a dedicated workforce on the doorstep available at a moment’s notice.  Perhaps  in the face of poor law reform,  Mr Chaffey’s wish to see Thorncombe paupers sent to nearby Chard, was motivated by self interest rather than the welfare of his employees?

If the law meant employees on short-time had to be sent to the local workhouse, better Chard than Axminster,  so they could be collected up more quickly, particularly as we have seen,  in the event of heavy rainfall following a dry period of weather.

Unsubstantiated local hearsay  has it that linen was woven at Chaffeigh. However, no records of  this  have been traced to date. There is evidence that  flax from which linen is woven,  was  processed in Thorncombe at the end of the 18th and during the 19th centuries.  So it  is more likely that the dressed flax was  sold on  to the linen mills  in  nearby Crewkerne and Bridport where it was woven.  During this period, flax processing usually took place on a small-scale, in outhouses. But two flax shops in Horseshoe Road near Thorncombe Thorn cross roads, are recorded in the  1840 Tithe Apportionment.  One of them may be the flax factory, whereabouts not recorded, mentioned as a place of  work, in  several the 19th century censuses. A bounty was paid by the government for dressed flax and hemp at the end of the 18th century. Devon, Dorset and Somerset Quarter Sessions  records covering the period 1782-1798 include details of  eight parishioners from Thorncombe growing  flax in Thorncombe parish  as well as at Wagg’s Plot, Crewkerne, Chillington, Chard, Chardstock and Stoke Abbot 13. In 1804, Samuel Phillips who rented a flax plot from Mr Wyatt  at Chardstock  between 1791 and 1793, agreed to take on parish pauper William Mitchell as an apprentice dresser for 5s3d per week for one  year. 14 Flax dressers, swinglers (beaters), factory workers and a  flax merchant are variously  listed in the 1841, 1851, 1861 and 1871 Thorncombe censuses.  Field names recorded in the 1840 Tithe Apportionment and in the 1841 and 1851  census  suggest that hemp, used for making rope and nets,  was grown on land around Saddle Street and Yew Tree Farm at one time.  15  A plot called Hempland is also recorded in 19th century deeds for the house in Chard Street  of the same  name.

“QUERIES for the County of DEVON”