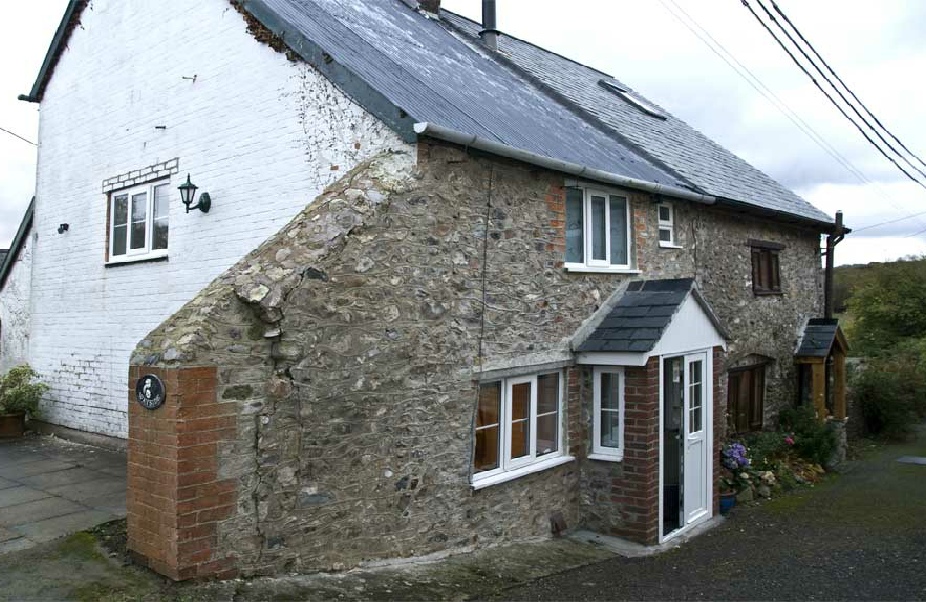 Old title deeds can provide a fascinating source of information, not only with regard to the property but also to the people involved in the transaction. Before the advent of the penny posts, the streets and lanes of the village had no official titles and its humble dwellings were not numbered or even named. Hence the only way in which a dwelling could be described was in terms of the people who lived and died there. Similarly before births, marriages and deaths were registered other than in the parish register, defining who the people involved were required that that their occupation and family relationship be described in some detail. Title deed had therefore, of necessity, to be more descriptive than they are in the present day and age. A surprising amount of information on the former inhabitants of the cottage called Wayside in Fore Street, 200 years ago was obtained in this way, only a fraction of which is used here.

Looking up Fore Street. Wayside is the second house from the  right.

Dorothy Bonfield is standing in front of the Old Crown (left)

Thomas Ousely was a butcher who lived and worked in what is now The Old Bakery in Fore Street. When he died, his wife Edith Ousely, as his widow and administrator sold the cottage which was next door in May 1795. This was described in the deed as a cottage consisting of three dwelling and adjoining garden in the village of Thorncombe in the county of Devon, the dwelling being formerly tenanted by Matthew fforsey, all deceased. As a family name fforsey apears in the records of the village from at least the 17th century up to the present day, although it is now spelt Forsey. The name Elias fforsey is inscribed on the tenor bell hung in the tower of St Mary's Church and is dated 1772.

Thomas Ousley's trade as butcher in 1795 was almost certainly more than we think of it today, primarily that of purveying joints of meat, but would have covered the entire range of butchery from slaughtering the animal onwards. There would have been an important trade in the village at that time which had a charter for a market every Wednesday. The Ousleys owned several other cottages in the village and it would seem from other title deeds that they were prosperous trades people. Indeed Edith Ousley is recorded in the list of land and property tax-payers of the village in 1794.The cottage with its three dwellings, which was sold by Edith Ousley in 1795, was bought by William Cook, described as a labourer for £21 with the payment of a rent of one peppercorn a year. This is a surprisingly large sum for somebody in his apparent position to pay at that time, especially as he did not appear to mortgage the property. Even 10 years later in 1805, when he exchanged a parcel of land with his neighbour Joseph Phillips, who was a mason, he was still only described as being a husbandman. The method of asking for a perppercorn rent, was a means of avoiding duty on property sales that was in force at that time.

William Cook died in 1828 and the cottage and gardens were passed to his wife Hannah, then to their three sons,  Thomas, John and William and through their children until 1895, this making exactly one hundred years of occupation by the Cook family. Thomas Cook was described as being a cardwinder, presumably that job was associated with the  cloth industry which employed many people of Thorncombe at that time. His brother William was described as a carpenter and the other brother John as a blacksmith.

In 1895 the cottage was sold to John Hook, an innkeeper, fo £15 10s. This was less than the price paid for it 100 years earlier. John Hook had to take out a mortgage to pay for the reconstruction of one of the dwellings. All of which perhaps is a reflection of the decrease in prosperity of the village resulting from the decline of the cloth trade.

John Hook then occupied one dwelling, with Sarah Govier and George Stuckey as tenants in the other two. In 1929 John, now described as a mason, sold one of these dwelling to Robert Henry Hook, also a mason and another to William John Hentry Pitt Hook. William died in 1941 and his dwelling passed to Emily Hook living at the Crown Inn, who then sold it to Robert who moved to Gribb View in 1950 and sold his interest. Thus the two families, the Cooks and the Hooks were in possession of the cottage for just over 150 years. 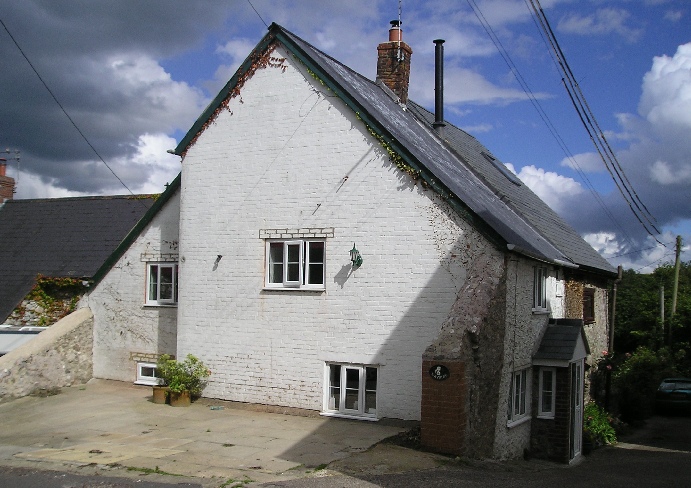 Wayside as it is today

Of the three dwellings which made up the cottage described only two remain. One is called ‘Wayside Cottage’ and the adjoining one ‘Ivy Cottage’. The third was demolished about 50 years ago, hence the rather stark brick wall which now faces Fore Street. This was built to protect what was the lath and plaster dividing wall. The above early 20th century postcard shows how the cottages used to look with their untidy thatched roofs at the turn of the century.  During recent renovations the original thatch was found  under the corrugated metal roof.