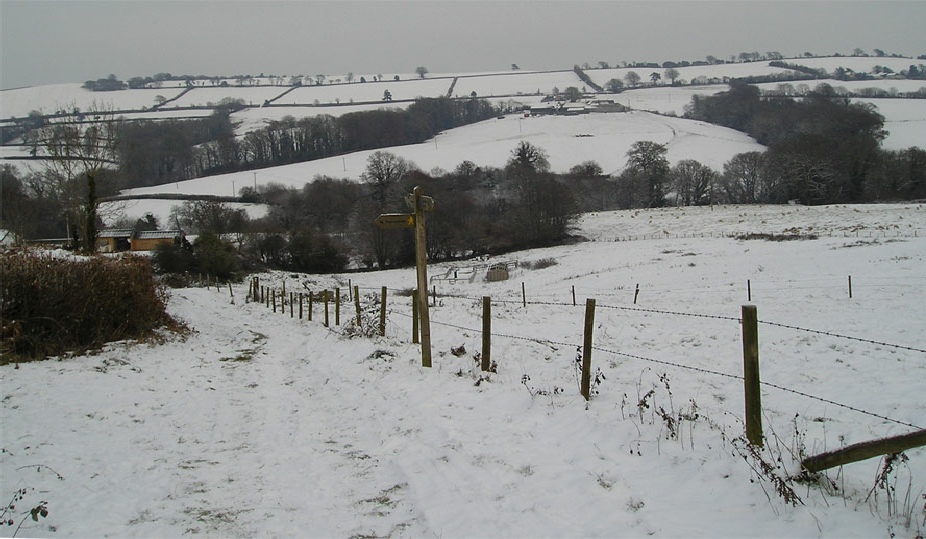 ONCE UPON  A THORNCOMBE  ROAD

The network of footpaths which criss cross our parish are an important part of Thorncombe’s historical heritage and are clues to reconstructing its foggy past by linking fragments of evidence from various sources and as W.G. Hoskins, the father of contemporary local studies recommends, using your eyes.

The track linking  Sadborow  to Saddle Street was once one of Thorncombe’s  roads. It  is recorded on the earliest ordnance survey map of Dorset 1. England’s  southern coastal strip was mapped in 1806 by government surveyors in fearful anticipation of the Napoleonic invasion and marked the birth of the ordnance survey maps we use today.  The purpose of the 1806 map was to identify thoroughfares of potential strategic use for military purposes. The track is also clearly marked as a side road on the 1811 OS map which indicates that at the beginning of the nineteenth century if not for several centuries before, what is now a bridleway and part of The  Monarch’s Way was once a well used  local thoroughfare 2.

Starting opposite Sadborow Pound  you can still follow this historic byway today. Notice  the width between the  ruts,  possibly made by cart wheels and more recently worn away by tractors and agricultural machinery. Circumstantial evidence suggests that was part of Thorncombe’s original road network may have been used by drovers. Their job was to herd cattle and sheep  to market from other parts of the country. Hired by farmers, they were responsible for ensuring their charges arrived in tip top saleable condition. The trade was at its height between the seventeen and nineteenth centuries as the population increased, particularly in towns and demand for meat and bi-products such as wool and animal hides grew. There was a small weekly market in Thorncombe until 1773 and an annual six day fair starting on Easter Tuesday but it is unlikely that the weekly market was sufficiently significant to attract large numbers of cattle from other parts of the UK.

The coppiced tree lined parallel tracks running alongside Horseshoe Road and elsewhere in the parish are said by some to be  indicators of farm animals being herded  through the parish to be sold at local cattle markets 3. As they still do today, farmers have been breeding, fattening and selling sheep in this valley for centuries. The state of the roads and the extent of the traffic was such that alternative routes away from main thoroughfares for sheep and cattle were essential to ease a herdsman’s progress,

In 1808 Charles Vancouver in his General View of Agriculture of the County of Devon describes the parish roads around Axminster as, ‘very indifferent, nay very bad indeed.’ He comments on the ‘height of the hedge banks, often covered with a rank growth of coppice wood, uniting and interlocking with each other over-head’ and complains that ‘gangs of pack horses’, the precursor of the dreaded white van, either block the road or go at such a pace downhill they force the unfortunate traveller into the hedge.

Continue along the track towards Saddle Street, to just above  the self catering units at Yew Tree Farm. The track links to a footpath which travels north-east down into the valley. The path crosses the River Synderford into the water meadow; a natural resting place for man and beast with a dependable supply of  drinking water and grazing. It then climbs up through Causeway Farm to Causeway. This road which hugs Blackdown Hill links to the main Crewkerne/Lyme road providing easy access to  the regular weekly cattle and livestock markets at Crewkerne, Axminster,  Bridport and beyond. (Walk 4)

Another clue to the track’s possible use by drovers are Scots pine trees, still growing along the Causeway  and clearly visible across the valley.  Like holly or hollin, which often still marks the crossing of footpaths on old field boundaries, these easy to spot trees are also ancient waymarkers. Natural regenerators, these venerable  trees appear to be ancient survivals of a world where few people could read and write, besides which there were few accurate maps until the first ordnance survey. Groups of Scots pines planted at the top of farm tracks are said to have been a sign to a drover that he could rest his valuable charges overnight and find hospitality in the farmhouse 4.